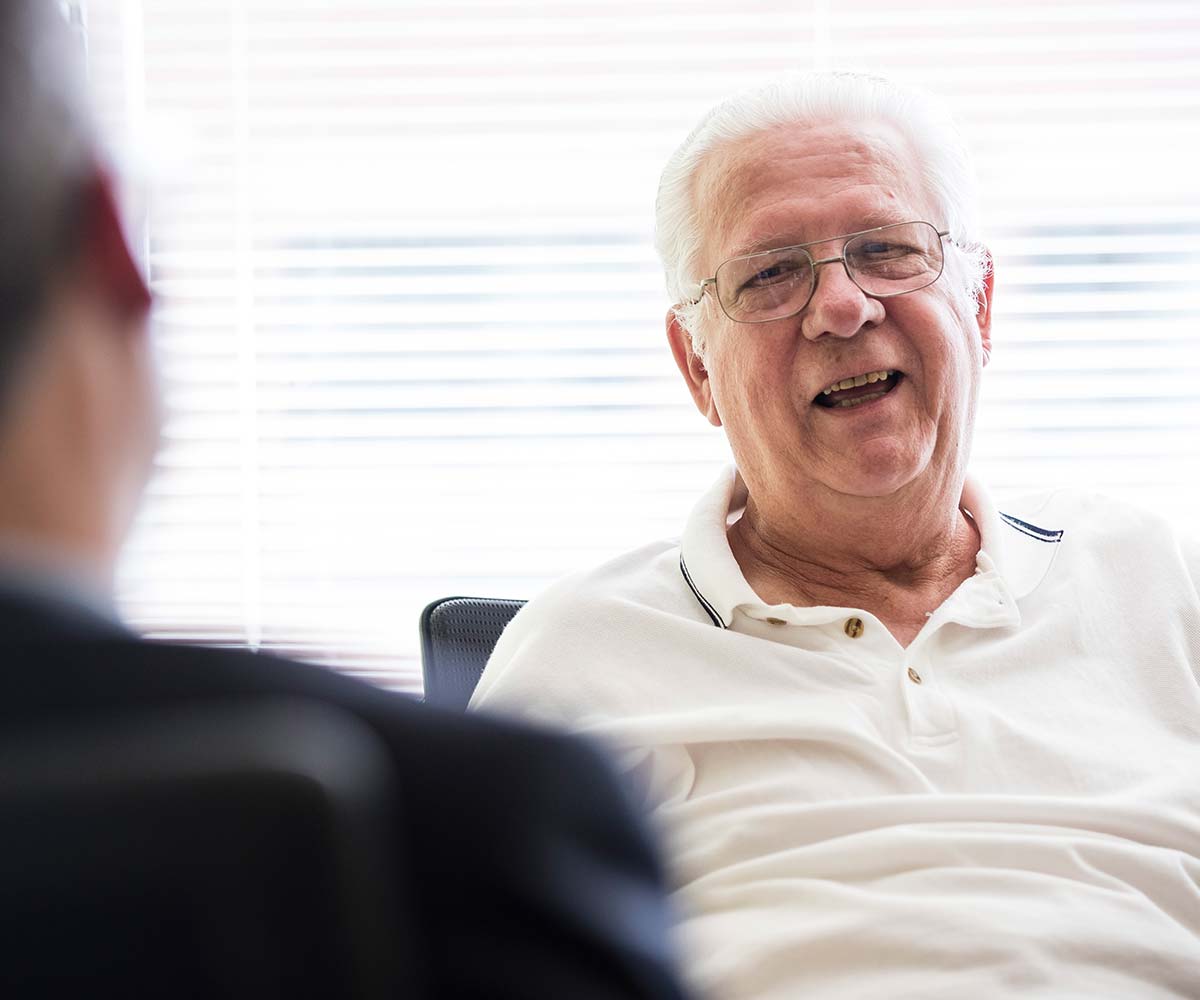 Born in Winston-Salem and a proud graduate of James A. Gray High School, Vergil Gough worked his entire life as an electrician for R.J. Reynolds Tobacco Company.

When Vergil wasn’t busy with one of RJR’s major building projects—he hung the lights for the company’s state-of-the-art Whitaker Park plant that opened to much fanfare in 1961—he worked as a troubleshooter on the electrical maintenance team.

“They’d have a $50,000 machine sitting there dead in the water,” he recalls. “It was my job to get it back online ASAP.” As RJR prospered over the years, so did many of its longtime employees. Like Vergil, most were local residents of modest means whose loyalty to the company would leave them well-off in their retirement years.

“They paid a good salary and had excellent benefits,” Vergil says. “In 1965 or so, they came up with a stock purchase plan—I talked to my wife Vicki about it and we agreed to put in the maximum.”

The couple planned to use their IRA fund for traveling to fun and faraway places in their later years. But when Vicki’s life was cut short by cancer at age 50, Vergil found himself wondering what he should do with the wealth they had been blessed with. He had no children and no immediate family members living.

Enter financial advisor Josh Donley, who not only would help Vergil find renewed purpose, but also would become a steadfast friend. In turn, Vergil would be instrumental in the way Josh decided to run his business.

A native of Walkertown, Josh had recently graduated from Elon University with degrees in business administration and economics—an education he could afford, in part, because of a scholarship he received from The Winston-Salem Foundation.

Early on in their relationship, Josh noticed that Vergil didn’t seem to care much about his considerable investments. One day, when he asked Vergil why, he finally understood the reason.

“To see, early in my career, somebody like Vergil with a lot of wealth and no purpose for the money was an eye-opening experience. It has changed the conversations I’ve had with many clients. It’s not only spreadsheets and formulas, it’s putting humanity into the idea of growing wealth.”

In Vergil’s case, those conversations led to the establishment of the Vergil and Vicki Gough Fund, an unrestricted endowment that allows the Foundation to support local nonprofits through Community Grants. Vergil believes Vicki would approve of his decision to invest their retirement funds right here in the community where they met and married.

“I think she would be happy,” he says with a smile. “She was that type of person — she was good and giving, and she liked to help people.”

Vergil Gough is a member of the Foundation’s Legacy Society, and he established the unrestricted Vergil and Vicki Gough Fund in 2008. Josh Donley is a financial advisor with Mosaic Capital Management.