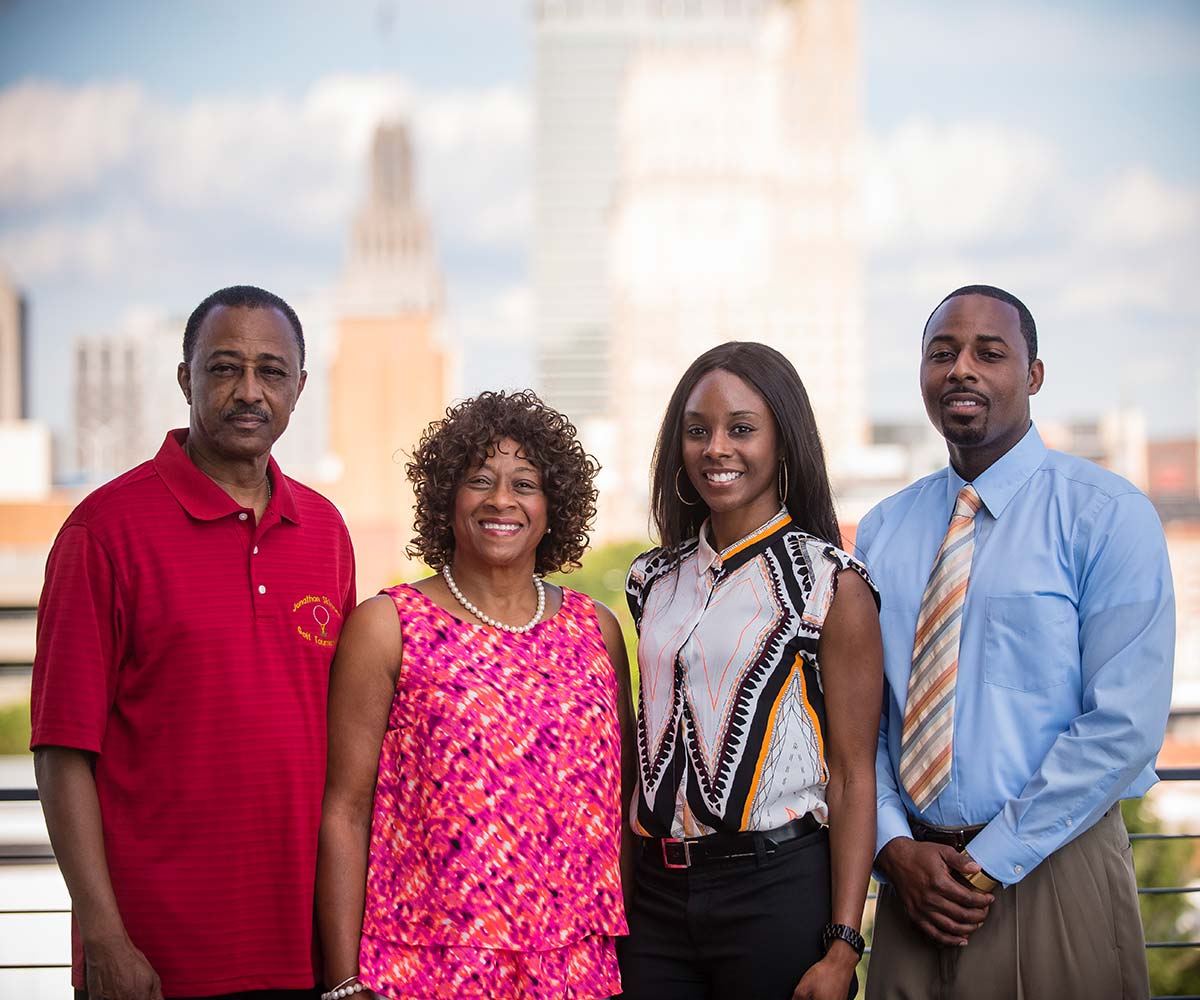 From Loss to Legacy

Every summer, friends and family of Jonathan Skinner gather at Winston Lake Golf Course to raise money for a worthy cause: college scholarships for deserving high school seniors in Forsyth County.

It’s how Linwood and Claudia Skinner choose to carry on the legacy of their youngest son, a former R.J. Reynolds High School basketball star tragically killed during a home invasion in Durham more than a decade ago. Proceeds from the golf tournament go to the Jonathan LaRon Skinner Memorial Scholarship Fund.

Just 26 years old at the time of his death in 2005, Jonathan was one semester shy of graduating from St. Augustine’s College in Raleigh. The young man who received numerous athletic awards during his high school days, including Co-Player of the Year in the Central Piedmont Conference, was planning to become a physical education teacher.

“A lot of people just come and sit with us during the tournament,” Claudia says.

“It warms my heart that they remember Jonathan, they remember us as a family, and we are helping other kids pursue their dreams.”

“It makes me feel good to keep his memory alive,” Linwood adds. The Skinners live in Raleigh now, but they consider Winston-Salem home. They met in 1970 at Winston-Salem State University, where both majored in business education, and they decided the city would be a great place to raise their family. Both went to work for the local school system. Claudia taught business classes at Parkland and Glenn high schools; Linwood became a job development counselor at the Central Office.

The couple moved in 1997 when Claudia accepted a job with the N.C. Department of Public Instruction, but they have every intention of returning to the Twin City down the road. “It’s all about relationships,” Linwood says. “That is what’s important. After spending so many years in Winston-Salem and raising the family here, with our church and friends and the university, it feels like home.”

“We chose to bring Jonathan back here,” Claudia adds. “We had his services here, and he is buried at Evergreen Cemetery.”

Another reason to return: Linwood Jr., the couple’s oldest son, who followed in his parents’ footsteps by graduating from Winston-Salem State University with a degree in business administration. He works at the university and lives here with his wife, Tamika.

The pain caused by the loss of Jonathan seems as palpable today as it was that day in 2005 when the Skinners arrived at the crime scene in Durham. They saw police tape surrounding the family vehicle that Jonathan had driven to the CIAA Championship football game.

“I still have the knot in my stomach,” Claudia says. “As a mother, burying one of my children took my heart right out of my chest.”

“We still get phone calls from some of his college friends,” Linwood says. “It’s been 12 years, but it’s as if it just happened yesterday.”

Their friends Ike and Veronica Black were early organizers of the scholarship along with the staff at Quality Education Academy in Winston-Salem. Jonathan didn’t have the opportunity to finish college, but helping other young people reach their life goals keeps the couple grounded, Linwood says. “All the love that people have shown us through the years has really helped us a great deal.”

The couple’s strong faith also helps carry them through the tough times. “I don’t believe God makes any mistakes,” Claudia says. “I think the decision to pluck that flower from this Earth was God’s decision that we must accept.”

The Skinners established the Jonathan LaRon Skinner Memorial Scholarship at the Foundation in 2010 in memory of their son to support graduating Forsyth County high school seniors.