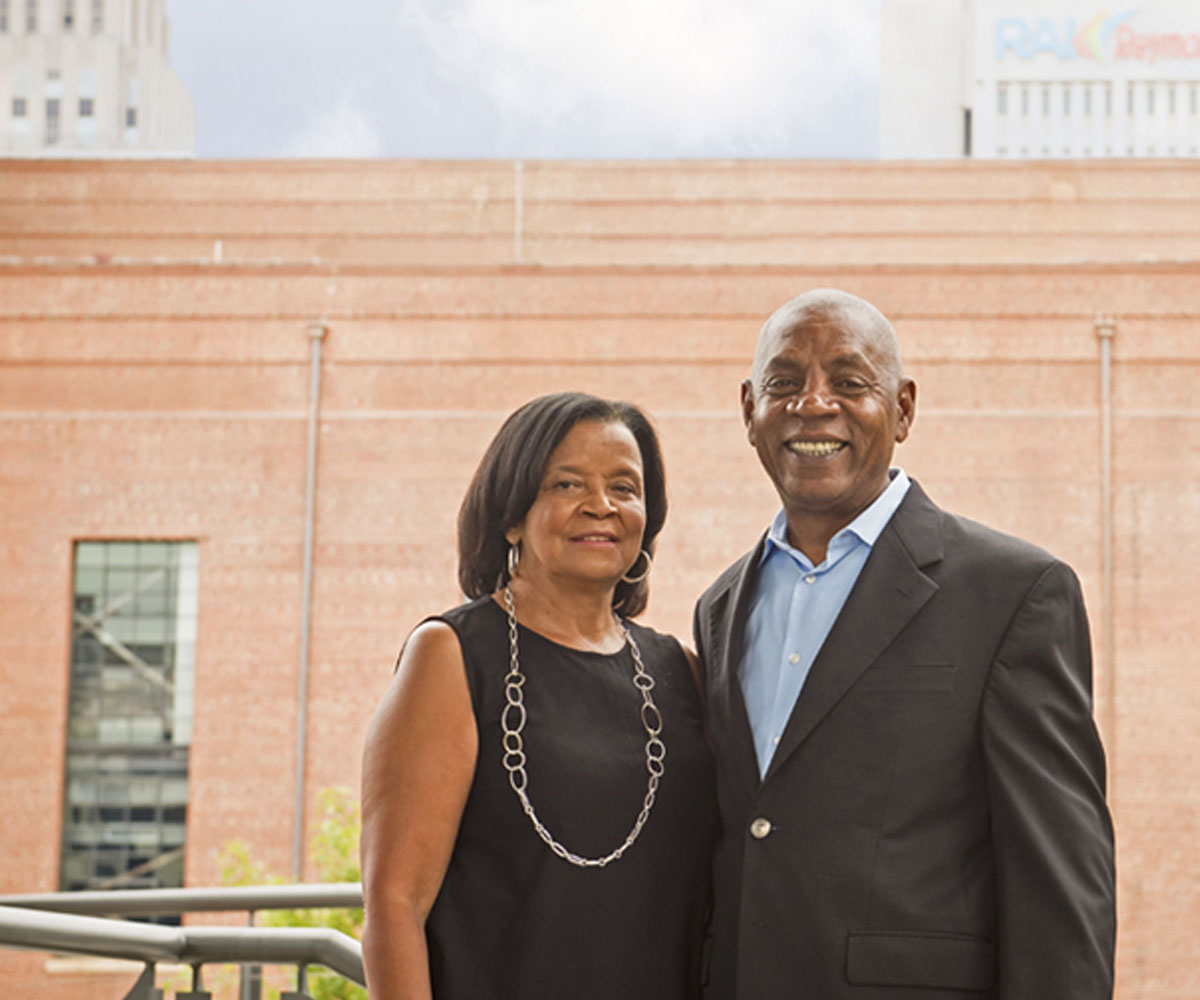 Sharing the Gift of Education

Tommy Hickman knows first-hand how it feels to be a struggling college student, worrying about where the money to pay for next week’s meals might come from.

When it came to that, he’d head home for the weekend to rural Horry County, S.C., where he grew up in a farming family of eight children.

“We attended a small church in Conway. We knew when they took the offering up they would give the college kids an extra $10 or $15,” recalls Hickman, who retired in 2014 as Senior Vice President of Operations after a distinguished career at R.J. Reynolds Tobacco Co.

“That was a lot of money back then—it would feed you for a week.”

Hickman’s upbringing and experience at the University of South Carolina, where he earned a bachelor’s degree in chemistry, molded the man he would become.

“I couldn’t look in the mirror and be happy with myself if I wasn’t doing what my parents taught us to do. We were raised to tithe our money and our time, through the church and the community.”

True to those teachings, Hickman and his wife, Pat, gave generously of their time, talents, and personal resources during their years in Winston-Salem. Among their proudest accomplishments: As co-chairs of the Capital Campaign Committee for Experiment in Self- Reliance, they helped raise $3 million to fund the agency’s new building, which opened in 2014.

“A piece of us is a part of that building,” says Tommy, who continues to serve on the ESR Advisory Board since moving back to the South Carolina coast to be closer to family.

Pat, who taught reading at Petree Elementary School and then volunteered in the public schools, shares her husband’s passion for education.

“My parents only had a high school education but they always wanted us to do more. It wasn’t if we were going college; it was what college are you going to,” she remembers. “My mom would say to me: ‘Your education is the one thing no one can take from you.’ ”

Tommy served on The Winston-Salem Foundation Committee from 2010 through 2017. During that tenure, he played an instrumental role in the Foundation’s strategic shift to focus programming on two broad areas: Building an Inclusive Economy and Advancing Equity in Education.

He and Pat made their own strategic decision to establish the Tommy L. and Patricia B. Hickman Scholarship in 2016 to help young people from Forsyth County realize their dream of a college education.

Tommy applauds the Foundation for its bold decision to explicitly focus on racial equity moving forward.

“When you have an organization like the Foundation, shining the light on those specific areas, I’m confident there will be results,” he says. “The work that they’ve done the last 100 years has been unparalleled, and I expect it to continue for the next 100 years.”‍