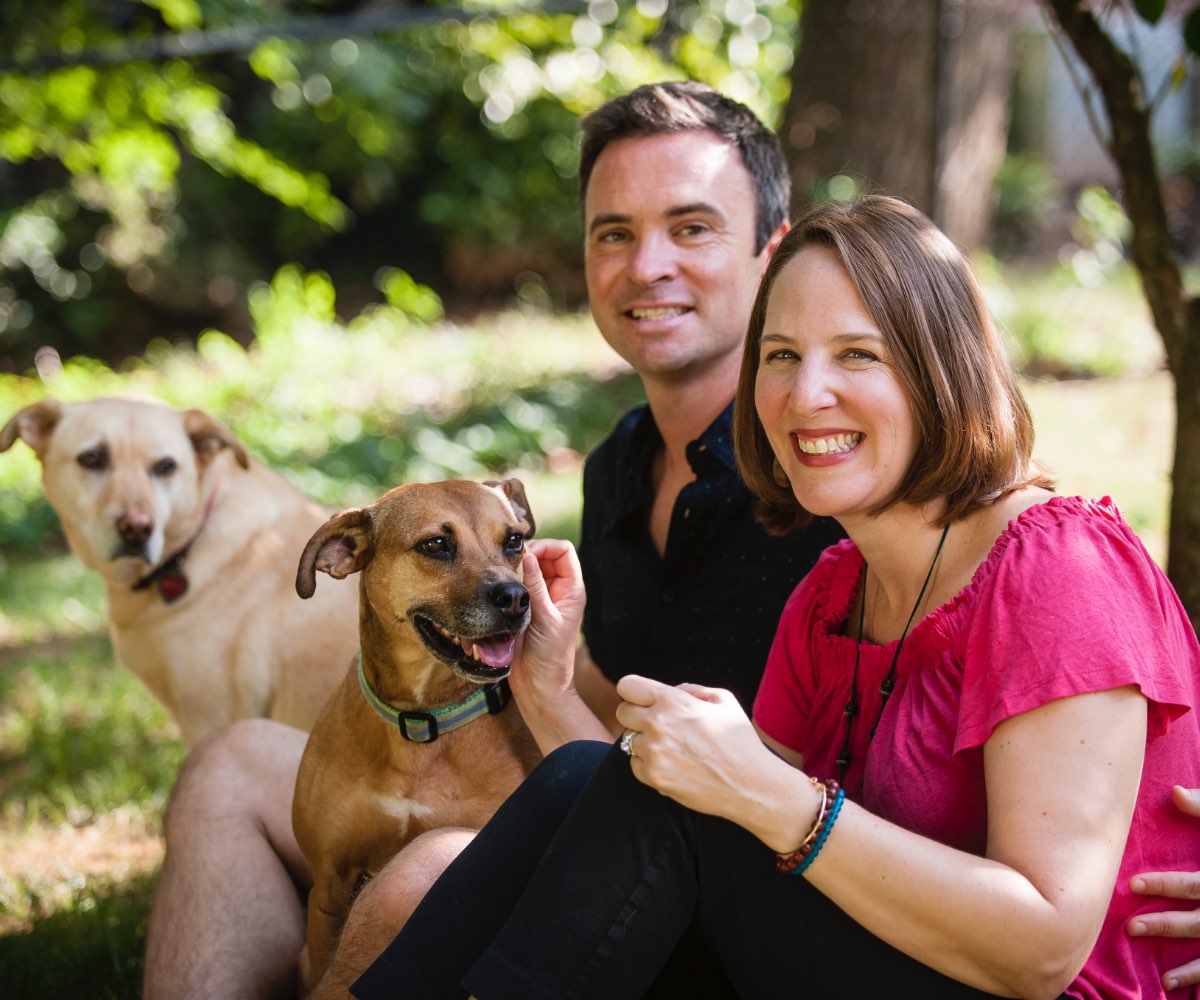 When online publishing entrepreneurs Alex and Michelle Schenker sold one of their company’s websites in 2015, the couple decided to use proceeds from the sale to be more strategic in their charitable giving.

The owners of Cover Story Media, Inc. set up two donor-advised funds with the Foundation, through which they give recurring gifts to a variety of nonprofit organizations dear to their hearts. Not only was the decision tax-advantageous, it also simplified their philanthropic planning.

“We were doing a lot of charitable giving, but it wasn’t consolidated or very thoughtful,” recalls Michelle, a Winston-Salem native. “Our financial advisor recommended that we think more long term about what really mattered to us and how we could make more of an impact here in our community.”

“It’s one thing to write a check and it’s out the door,” Alex adds. “But when you see positive things happening in your own community, it’s inspiring. That is the reward.”

Alex is also partial to National Public Radio, which he began listening to as a child after his family moved from Switzerland to California. “It is nice to listen to WFDD in the morning and hear your favorite story and know that you contributed to the budget that supported it,” he explains.

The couple met in 2002 in Los Angeles, where Alex worked as a web developer and Michelle worked in marketing for Mattel. But a job offer from Sara Lee lured Michelle back to North Carolina two years later, while Alex followed his dream of returning to his native country.

Michelle threw herself into life in Winston-Salem, buying a house, adopting a dog, and meeting new friends. As for Alex, he missed Michelle and followed a few months later. “I realized Switzerland was just a place, and she was more important,” he says.

The two now work together running Cover Story Media, which Alex founded in 2005.

“Winston-Salem was a pleasant surprise,” Alex says. “People walk down the street waving at you and it just started to grow on me. Our circle of friends blossomed.”

The Schenkers, who married in 2008, are among the Foundation’s youngest fundholders. The couple’s desire to give now, while they can see the fruits of their philanthropy, drove their decision to engage with the Foundation.

“We earn enough that we feel like we are taken care of. We also don’t have kids, so we have more disposable income than some people,” Michelle explains. “It was something I felt like we could and should do.”

The Foundation has become a trusted resource when they need advice on where their dollars can make the greatest impact.

“It’s not just about the legacy we’re leaving as a couple,” Michelle says, “but that we’re a small part of the Foundation’s legacy, which has impacted our community and our state for nearly 100 years. It makes it that much more special to be a part of.”