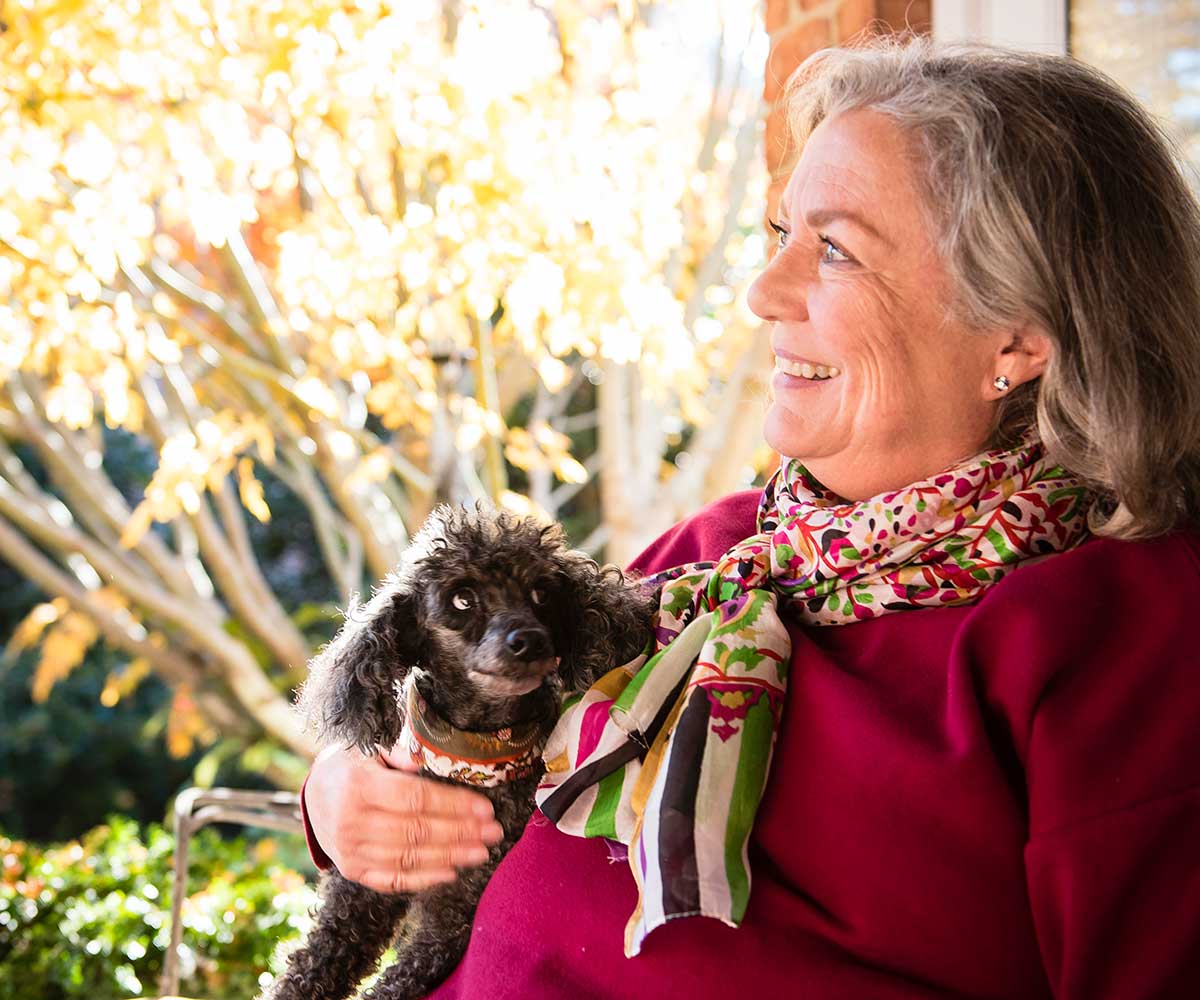 Giving from the Heart

Few people knew the philanthropic side of Gordon Pfefferkorn.

A simple man, he eschewed spending money on material things and instead gave his resources to empower countless young people in Forsyth County to further their education with scholarships through The Winston-Salem Foundation.

That’s how he preferred to live his life. No fuss or flattery.

“He enjoyed the anonymity of it. But I believe people are coming to realize his generosity since he has passed away,” Susan Pfefferkorn says of her father, who died in 2017 at the age of 86.

“He would be very uncomfortable knowing I was even having this conversation,” she adds with a smile. “But it’s a wonderful opportunity for me to share what an honor it was for me to be his daughter and to have a father who was as generous as he was.”

Indeed, the well-respected mortgage banker, who followed the financial markets like a hawk, had a tender heart, and established numerous funds with the Foundation that focused on education. Gordon’s interest was rooted in his belief that educated young people will become successful members of society who, in turn, will “pay it forward” to enrich the communities where they live.

In short, he viewed education as the most effective way to change the course of the community in which he was born and raised. And he certainly did not want financial hardship standing in the way of a good education.

Gordon’s relationship with the Foundation dates back to 1993, when he established funds to support an array of nonprofits, schools, and colleges.

In 2004, Gordon and his wife June (“Tommye”) endowed their first scholarship fund at the Foundation based on both need and merit for Forsyth County students attending North Carolina colleges and universities. Six months later they endowed a scholarship for local students interested in obtaining technical training or associate degrees at Forsyth Tech. In 2014, recognizing that many students with the greatest need were being turned away because the Foundation didn’t have enough funding to assist them, he created yet another endowment dedicated solely to these students. And at his death, three new family charitable funds were established.

Susan, who along with her brother Rick worked for the family business, says the funds are quite simply her father’s way of saying thank you to the community of which he had been a part.

“He was always appreciative of the Winston-Salem community who came to The Pfefferkorn Company to secure financing for their homes. This was his way of wanting to give back to the community that helped us create a successful company.

“He was a very humble man and did this because this is what he felt in his heart.”

In 2017, Gordon’s estate funded the Pfefferkorn Family Charitable Fund, an unrestricted fund, as well as two donor-advised funds for his children.