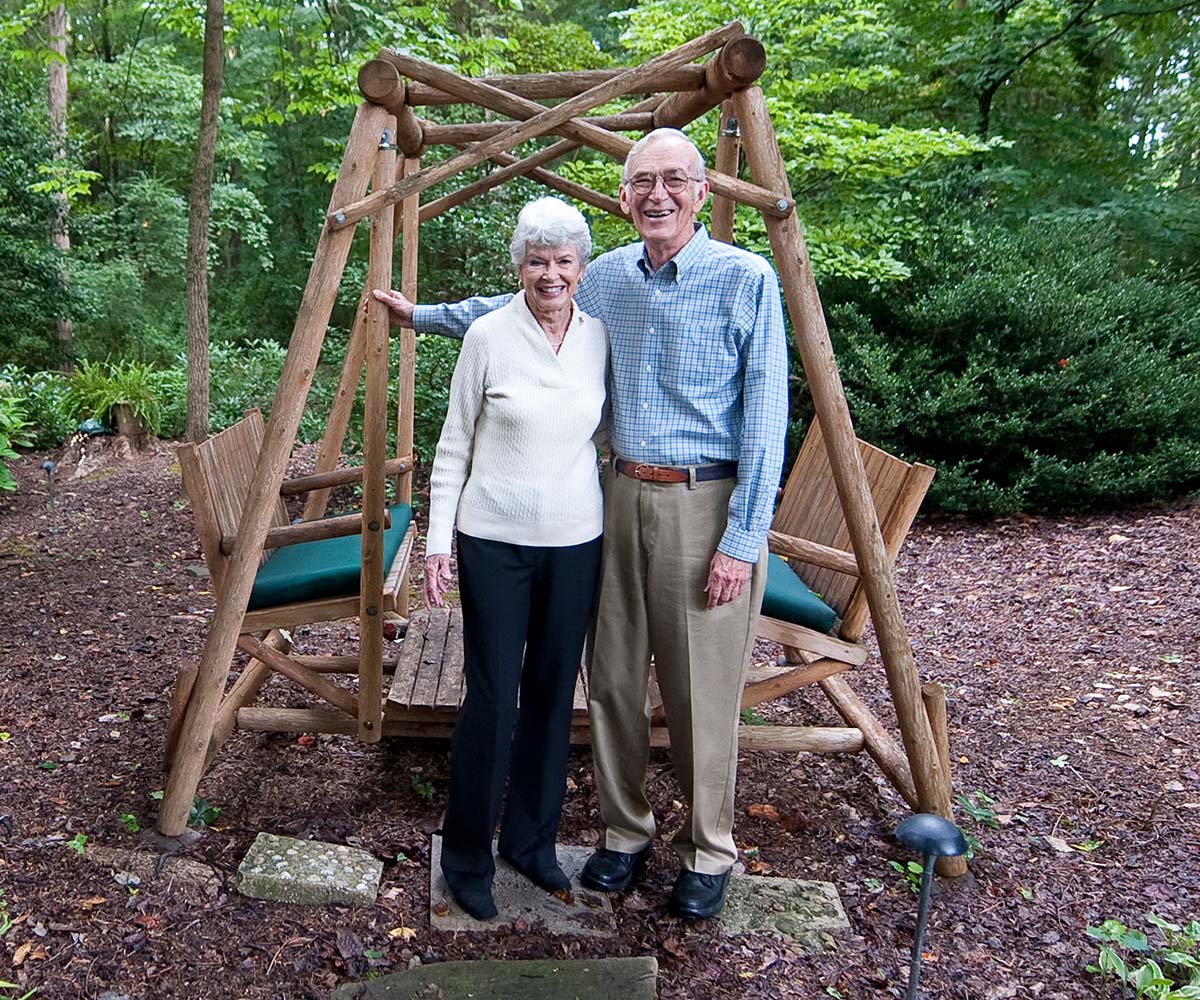 Dannie and Art Weber lead very active lives, but they have never been too busy to remember their adopted community of Winston-Salem, which they say has given them so much.

The Webers first lived here in the late 1950’s when Art was a pharmaceutical sales representative, and he says, “We fell in love with this community.”

After moving back to Art’s home state of Indiana for six years, the couple was able to return to Winston-Salem for Art’s new position at R. J. Reynolds Tobacco Company. He says, “Winston-Salem had everything that a young family would love to have.” He adds, “We’ve been here ever since, happy as can be.”

Art and Dannie opened a Sir Speedy Printing franchise in Winston- Salem in 1974 and purchased an existing store in High Point in 1982. Both remain family businesses today.

Early on they had heard about “the special Foundation” here in Winston-Salem, and they were impressed that a city this size could have such a strong community foundation.

“I wanted to see if it really worked,” Art says. “It does. The way the Foundation is set up, they’re very helpful without being demanding. There are so many ways to support the community.”

The Webers have a deep belief that education is the key to a successful community.

“It’s the foundation of everything,” Dannie says. And because of that, the Webers decided to target their philanthropic resources to provide educational support for the community and opportunities for students who might not otherwise be able to afford it.

The Webers’ field of interest fund for education has supported a Community Grant to Bolton Elementary School’s Girl Talk mentoring program, which targeted girls who were at-risk of dropping out of school due to behavioral problems. Dannie says that the program’s success further validated their belief that the Foundation knows how to maximize community resources. She says, “We know it’s going to be done well.”

The Webers also established a designated fund for Forsyth Technical Community College after learning that one of Forsyth Tech’s largest segments of students is comprised of single mothers trying to get an education.

“I think we are blessed here in Winston-Salem with Forsyth Tech,” Art says, noting that not only is the campus impressive, it also offers a wide variety of classes for students of all ages to help them move forward — even Dannie has been a student there. She has taken Spanish at Forsyth Tech for a number of years and is happy to be able to practice her second language while volunteering at the Community Care Center.

“It’s so important for young people who want a higher education to be able to get one,” Art says. “If funds are a problem, then scholarships can help young people move ahead. I think it’s great that the Foundation is set up to help so many.”

The Webers also established a student aid fund at the Foundation to support college students both in Forsyth County and in Alleghany County, where the couple has a mountain cottage. They have enjoyed getting to know their scholarship recipients and following their college years. They even have a special file for the thank you notes they’ve received from students who have been able to further their education as a result of their funds administered by the Foundation.

“Reading those notes just touches me so much,” Art said.