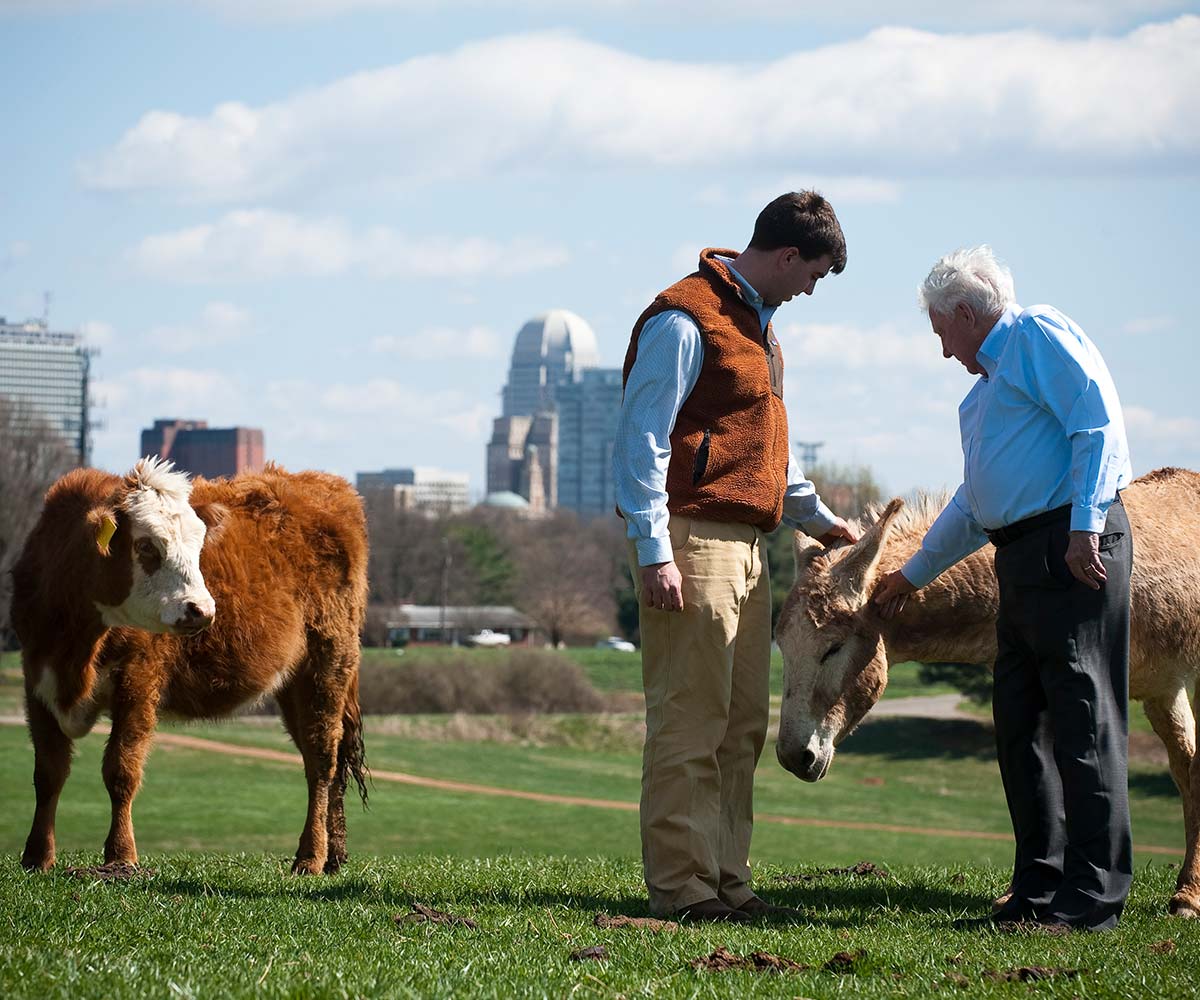 A Legacy of Service

During family dinners with his grandparents, Ann and Clay Ring, Hayes Wauford learned lessons that not only would impact his life, but also would enable him to impact the lives of others.

His grandmother showed him that people were her priority. “She was always looking for a way to help other folks,” Hayes says.

“The relationships she built with folks from every walk of life and every race and religion, across all boundaries, were amazing.”

Ann Ring joined The Winston-Salem Foundation Committee in 1996 and became a passionate advocate for ECHO, the Foundation’s initiative to build social capital in the community. She served on many other boards, including Horizons Residential Care Center, SciWorks (now Kaleideum North), and Old Salem, where she chaired two capital campaigns. She was the first female board chair of the United Way and the first woman to win the Alex de Tocqueville Leadership Society Award, the organization’s highest award recognizing lifelong community service and philanthropy. Before her death in 2009, Ann was serving as co-chair of the capital campaign for The Children’s Home (now Crossnore School & Children’s Home).

His grandmother’s commitment to volunteerism left an impression on Hayes, who recalls, “She wanted to teach others: You can give in so many ways.”

Growing up, he saw that not everyone enjoyed the same opportunities, and he says his grandmother understood how difficult that was to reconcile. “She taught me to pass along what you’ve been given to others who’ve not been given as much.”

Hayes also learned valuable lessons from his grandfather, who he once worked with at their construction and property-management company. Clay passed away in 2018.

Unrestricted funds such as these give the Foundation the ability to place resources in the community where and when it deems they will be the most effective, and that flexibility was important to both generations of the Ring family.

“I couldn’t think of better people to trust with giving,” Hayes says. “They certainly know the needs of the community much better than we do, and the needs are changing.”