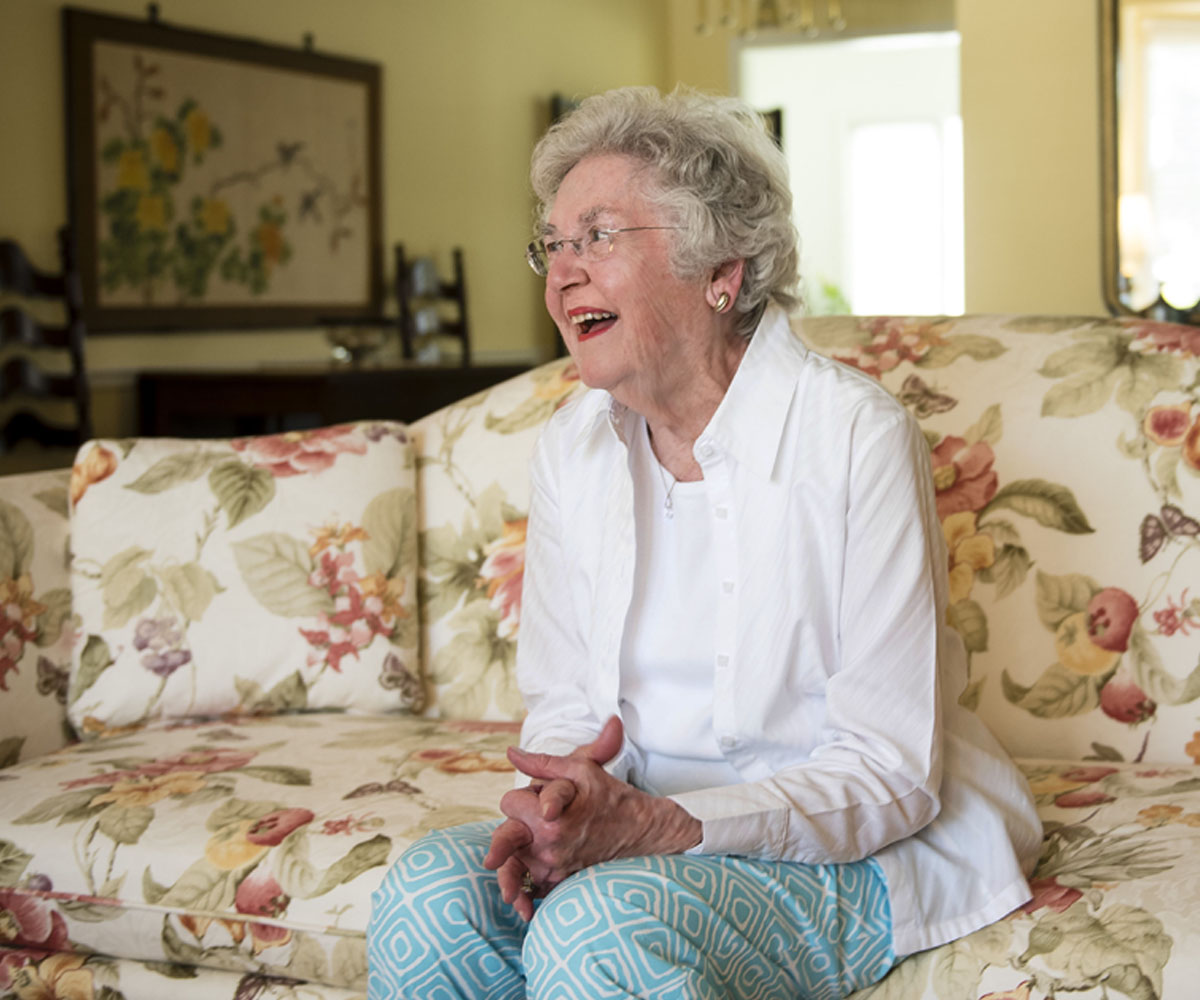 Blessed to Give Back

When Ann Johnston learned of the Foundation’s deepening commitment to education, she knew her late husband would approve of her decision to invest a portion of their personal resources to further the cause.

After all, Gene Johnston devoted his entire life to educating young people in Forsyth County, first as a math and history teacher, then as a principal. When he retired after a decades-long career with the school system, he worked in the highest levels of administration as assistant superintendent for personnel.

What better way to honor her husband, who died in 2003, than to establish a field of interest fund that would provide Community Grants to support education?

“If you don’t take care of your own garden, then why worry about other people’s? Look after the place where you live first.”

It’s the promise of the future. You’ve got to educate those who are coming after you,” Ann says. “So many can slip through the cracks and not get the education they need.”

It was education that brought the Johnstons together. Ann grew up in a family of educators: Her mother taught home economics; her father became a principal and then school superintendent in North Wilkesboro. She earned a teaching degree at Woman’s College, now UNC-Greensboro.

“The cost was low and they had a good teaching program,” Ann recalls. “I don’t know that I considered anything else.”

For Gene, who grew up on a cotton farm in Mooresville, attending college was anything but a foregone conclusion. His father died young, leaving seven children behind. “Gene’s ambition was to go to college but he didn’t know how he could do that.”

Fortunately, he earned a scholarship to attend Appalachian State Teacher’s College. Like many young men in 1941, his education was interrupted by a stint with the U.S. Army in the Pacific during World War II. Three years later Gene returned to finish his teaching certificate and then headed to Winston-Salem for his first teaching job at Gray High School.

Ann and Gene would later cross paths at South Park Elementary School, where she taught first and second grades and he served as principal. Married with two adopted children, Gene lost his wife to cancer during that time.

“After his wife died, he had been moved from South Park to Hill Junior High School and said everybody was trying to set him up with somebody,” Ann says with a smile. “He turned down a lot of matches. Later he remembered this teacher at South Park, so he called her.”

Gene apparently needed a partner for bridge club. Ann didn’t care much for the game but the couple hit it off nonetheless. When they married in 1963, Ann decided to stay home with the children.

Today Ann lives in the Arbor Acres retirement community and feels blessed to be able to give back.

“Anybody who has been in education knows how to make money stretch. That is why I feel so lucky now to be able to give back, because it hasn’t always been that way in my life.”

She liked the fact that a field of interest fund provides flexibility to meet the community’s needs as they change and evolve.

“That’s part of the reason I chose it. You have to trust who you are giving your money to, and I feel like the Foundation has earned that trust. They will make wise decisions with my money.”

Ann Johnston established the Ann and Gene Johnston Fund for Education in 2017 to support Community Grantmaking in the area of education. She is also a member of the Legacy Society.